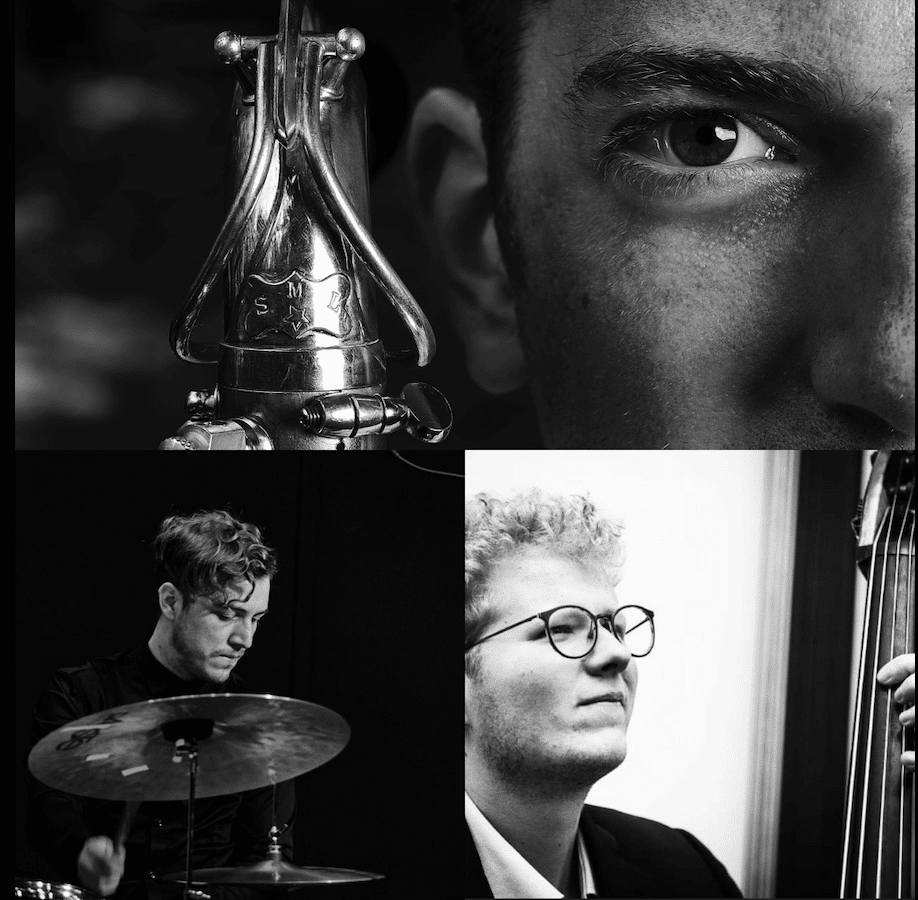 After a first fantastic session played in our gallery in June, we are very glad to welcome for the second time this young and talented jazz trio. They play their own repertoire, all in musicality and spontaneity between tradition and modernism but as well the famous jazz standards.

David Ascani, born in 1990, is a young luxembourgish saxophonist and composer. He started playing the saxophone at the age of 6. Since then it was clear that music would make up his life. In 2014 he started his studies at the Hochschule für Musik Saar (D) with Georg Ruby, Wollie Kaiser and Oliver Strauch. His playing is powerful and extremely delicate at the same time. As a composer, the music of David Ascani is modern, without forgetting the roots of jazz.

Luca Müller was born in 1997 near Cologne and started his musical development at a young age with classical piano and singing as well as electric bass classes. This led to several newcomer awards and eventually, he was introduced to the double bass. In 2016 he was accepted for Jazz studies at Folkwang University of Arts. As a member of the Youth Jazz Orchestra NRW and National Youth Jazz Orchestra (BuJazzO) he travelled through several countries and worked together with regionally and internationally well-known jazz musicians. His strong adaptability and diverse musical language as well as an energetic, impulsive play style, define his artistic message and make Luca Müller one of the most sought-after aspiring musicians of the German scene.

Born in 1989, Michel Meis belongs to the new generation of Luxembourg jazz musicians. He is currently studying jazz drums with Oliver Strauch and Georg Ruby at the Hochschule für Musik Saar (Saarbrücken, DE) and has attended master classes with Emmanuel Séjourné, Christian Lillinger, Christina Fuchs, Jérome Goldschmidt and Eric Durrer. He regularly demonstrates his versatility and open-mindedness through numerous projects. Besides his own jazz project, the Michel Meis 4tet, he has long played with Dock in Absolute (pop/jazz) and currently plays with Everwaiting Serenade (melodic hardcore) and the Hanriot Mehari Meis Trio (jazz/pop/electronic). Meis has played in clubs and festivals in Luxembourg, Germany, Belgium, France, Ukraine, Romania, China and Japan.

JUNE CONCERT IN SOME EXCERPTS HERE

Subtile reserves the right to cancel the concert in case of unforeseen circumstances or an insufficient number of participants. In this case, a full refund will be made.