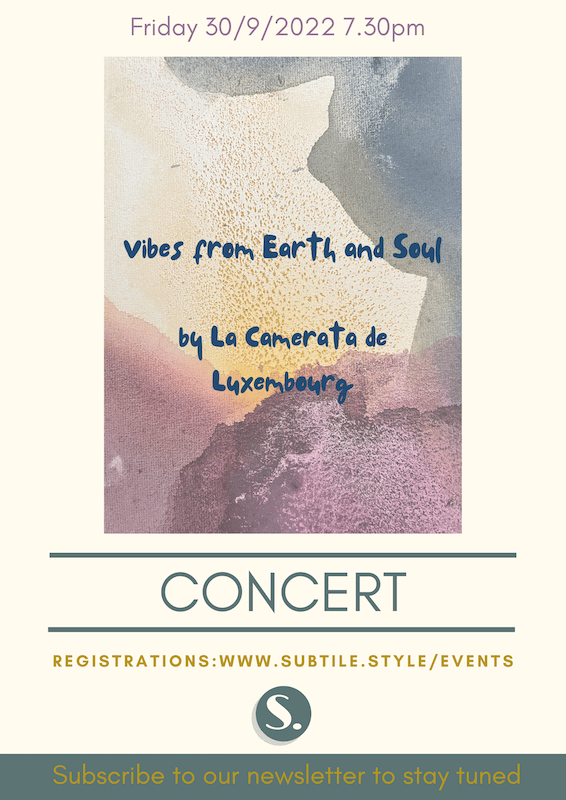 Subtile invites you to its new classical music recital by the Camérata de Luxembourg on Friday 30 September 2022. On this occasion, the trio formed by Stanislas Adam, Andrew Thomson and Gérard Adam will combine violin, piano and trumpet to offer a subtle echo to the current exhibition by Paulina Baron in our gallery. I am very glad that the musical composition by Charlie Ysasi that accompanies the paintings has inspired Stanislas who enthusiastically proposed to improvise on the background of this electronic music. A very interesting moment to listen to.

The very rich and eclectic program suggested by La Camerata will encompasses an improvisation on the background of electronic music composed by Charlie Ysasi;.J.S. Bach, L. van Beethoven; H. Vieuxtemps; A. Dvorak, for violin and piano; E. Morricone; and many more!

At least one hour of a timeless journey with outstanding musicians. 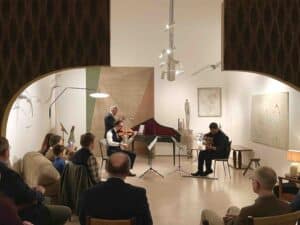 Stanislas Adam already gave us the pleasure of making his violin vibrate in the gallery last year to the great pleasure of a conquered public.

He began learning the violin at the age of five and from an early age performed in chamber music concerts given by the Ensemble Orchestral de Belgique, under the direction of his father Gérard Adam. He continued his studies with the violinists Emmanuel Koch, then Konzertmeister of the Maastricht Philharmonic Orchestra, Bruno Bacq, second violin conductor in the same orchestra, and Jean Hervé, Konzertmeister of the Belgian Radio and Television Symphony Orchestra. He has also taken various master classes with the violinists Jean-Pierre Wallez and André Siwy. He holds first prizes in violin and music theory from the Royal Conservatory of Music in Brussels, the Colonel de Bisschop and Madame Matthijsen prizes from the same Conservatory, and the Thirionet Foundation prize. In addition to his activities as a legal advisor in the office of the President of the Court of Justice of the European Union, he founded the ensemble ‘Camerata du Luxembourg’ with the pianist Andrew Thomson, with whom he performs regularly in Belgium and Luxembourg. 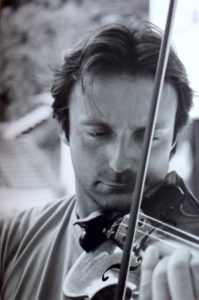 Andrew Thomson began playing the piano at the age of seven. During his school years he studied music, including piano, at the junior department of the Royal College of Music in London, where he reached the final of the concerto competition. At Oxford University, where he studied modern languages, he performed chamber music and solo piano in numerous concerts and took part in a Masterclass given by the pianist Peter Frankl. He also obtained the ARCM diploma for piano performance. Since 2007 he has been working as a referendary at the Court of Justice of the European Union. In Luxembourg, he regularly performs as a soloist, accompanist and chamber musician, notably at the Foyer européen. 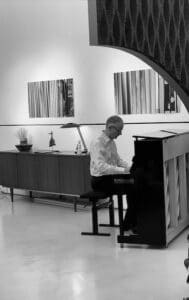 Belgian trumpeter and conductor Gérard Adam was born in Mettet in 1953.
He studied at the Royal Conservatory of Liège where he obtained a higher diploma in trumpet and chamber music in 1974. He has also won several international competitions (Prague, Geneva, etc.).
He conducts the Ensemble Orchestral de Belgique with which he presents new trumpet concerts. Accompanied by the organ, he also gives “Trumpet and Organ” recitals throughout Belgium and other Western European countries.
He has made several recordings for Icone: “Gloire à Dieu” (83) with the choir Amici Cantores de Charleroi, “Gérard Adam en concert” etc… . 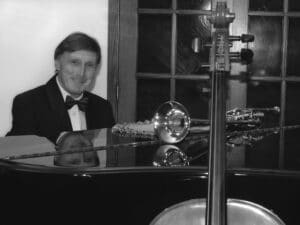 We offer you an enchanting evening in the presence of music lovers who have definitively created a programme fully inspired by  the upcoming exhibition of Paulina Baron.

The entrance fee includes the concert, finger foods and drinks after the concert.Student tickets available